Choose the highly rugged, IBM-system-ready desktop print solution. The Printronix S828 handles the duty in the most demanding office & industrial environments. Users of the InfoPrint 4247 dot matrix get a superb compatible printer. GET A QUICK QUOTE. 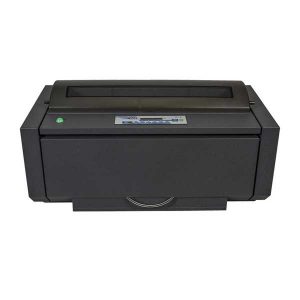 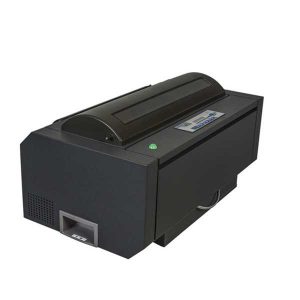 The S828 establishes a new market standard for the tops in uncompromising desktop reliability. Building on the industrial tradition of Printronix line and thermal printers, the S828 delivers outstanding uptime, a low total cost of operation and ownership, and reliable operation across a wide range of environments. Operators benefit from heavy-duty 6-pin tractors for optimal forms feeding reliability and industry-leading long-life printhead. Easily the most defining and recognizable feature of the Printronix S828 is the highly rugged steel construction, built to outperform and outlast any other printer in this category. It is one solid dot matrix printer!

With only 54dBa, the Printronix S828 delivers best-in-class acoustics for the environment, around 50% quieter than competitors. The S828 is a serial dot matrix printer unrivaled in noise reduction.

Compatibility for Plug and Play Performance

Choose a printer with the ability to automate and customize the forms handling tasks fully. The operator may maximize their work process via eliminating button pressing and speeding up the retrieval of documents. For more complex enterprise environments, the Printronix S828 includes a powerful printer management utility for remote units. Customers can provide their IT teammates with real-time status updates, configure multiple printers remotely, and benefit from a fully functional virtual operator panel. The S828 also supports a second form feed path in the front of the printer.

For IBM environments, the Printronix S828 offers authentic IBM IPDS for outstanding compatibility. Along with its standard Ethernet, USB, Parallel and Serial, the S828 supports ANSI 3.64 and the 18-pin emulations used by older IBM 4247, InfoPrint 4247, and various Genicom printers. These features allow plug-and-play compatibility with no driver or user application alterations.

With the assistance of Google Translate, in English, it reads with this nice sentiment —